A small speedboat that can fit many ship hangars. Elegantly and almost organically shaped, it reaches speeds in excess of 2150 km/h. Look at its shape, no doubt this boat will attract lots of attention and envy. You can purchase it here, but if you go to Alioth Market 6, there are two disopensers that sell a LIMITED AMOUNT of blueprints for a slightly lower price. Find them at that platform that also has the market building on it, beside the white elegant ship. Ship and dispensers will be at the market for a limited time only, so if you look for a special deal, you better hurry. V2 is out and waiting here for you! Improvements: - storage on board - even higher speed - longer flight duration - more airbrake power - more forward engine braking power - more fuel capacity And the best is: from the outside there is almost no difference! All stated specs here on DU Creators are those of V1 AVAILABLLE NOW FOR A LIMITED TIME ON OUR SHIP BP DISPENSERS ON ALIOTH MARKET 6 (BESIDE EDGE OF MARKET BUILDING)

This model starship was built for specifically for asteroid hunting. This vessel features all the creature comforts you might need on a long journey including quarters, galley, medical facilities, and a "holodeck" for crew VR so that they may continue on projects elsewhere while in route. The deck plans are thought out in a way to protect vital ship systems while spreading them out so no one system goes down with another. Vital parts of the ship are protected by a multi-tier armor strategy employs layers of silver, copper and steel built directly into the corridors, decks and rooms. It boasts a compliment of 6 L rail guns and 2 L cannons split between 2 gunners. The 4 fighters docked in the shuttle bay hold 4 XS cannons each and can be used by a single pilot. All totaled within fighter range, this ship can deal out 59,765.5 DPS. The 2 cargo bays located on deck 2 can hold a combined 10 L containers worth of material and can be used for replacement fighter deployment as well as ammunition storage, scrap and fuel. The lower deck 4 cargo bays hold a combined 8 EXL and 4 XL containers used as main storage. Engineering is by far the most armored part of the ship with multiple layers of silver, copper and steel protecting the internals as well as external deck plating which in turn protects the above bridge from fire when the shields are penetrated. The belly of this ship during combat is meant to be faced towards oncoming fire as well as being able to burn off trajectory while returning fire. Powering this vessel is 8 Advanced Maneuver Space XL engines with 8 Advanced Maneuver Space L engines. an additional 30 Advanced Maneuver Space M thrusters allow for XYZ maneuvering. The minimum crew recommendation for this vessel is 7. Pilot: 1 Gunners: 2 Fighter Pilots: 4 It is also recommended an additional 1-4 engineers be present on each mission for emergencies. Thank you for considering the Magee Class, if you wish to see it for yourself, you may connect via VR to: Magee Class Utopia Planitia Replacement Blueprints for each fighter can be purchased for 1m each. There are no naming restrictions for these vessels however registry numbers will still be assigned. Currently there are many interested parties that are wanting the first model off the line, I will be taking bids over the course of the next 2 weeks. Please feel free to message me on discord if you wish to bid on the first model. Edit: After doing a speed test, this vessel can make 30,000km/h in just over 4 minutes. The auction has ended and the final bidder has claimed their ship for the first edition! However the price will continue to be adjusted due to the daily fluctuations in the ore climate. Contact me if you wish to purchase. Blueprint Caveats: The registry will be designed and assigned along with this BP. Fore screens will be blank upon deployment and will need to be updated with the registry manually. 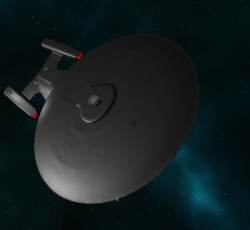 The main pic is in the harshest possible light to show any imperfections so you're not getting a MySpace angle. This is my pride and joy, a lovingly created M core Enterprise-D. An L core will follow based on what I learned. Off the bridge is the lush Captain's Quarters with all the modern amenities for any Captain that needs time alone to ponder breaking the Prime Directive. Off the other side is the main corridor which curves forward to an integrated weapons control centre. This can access the rear sides of the embedded forward saucer lasers and their associated ammo containers. Off the main corridor are the lab, then passing the lounge and lavatory as one loops back around the rear saucer to enter the rear-centrally located Main Engineering where M Shield and Warp Drive are accessible. Passing to the other side of the saucer is a large segmented area that is open for your own customization, currently acting as general crew quarters. She has L Military Engines in her nacelles, a pair of M Military on the neck flaps and two more on the rear belly for a surprising amount of 'full impulse'. The saucer is packed with embedded L Adjustors giving her great agility. She can respond to pirates by using her high space thrust to get the enemy within M Laser range, shields up, open fire, close to S Laser range, make a pass, 180, fire rearward missiles. Hopefully by then they are deterred but if it comes to a slugfest you're not out much quanta as if you can screenshot your loss I'll give you another BP copy for free. Our store is at Utopia Station, DM Deravi#6100 to arrange delivery. 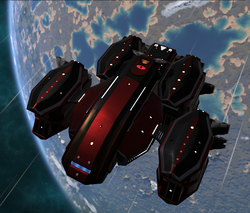 All steel Asteroid Chaser with Copper and Gold internals, DSAT, Large Shield, 4 x XL Space (2 Mil , 2 Man), 20 Large Adv Atmos L Engines and Warp. Take a trip along the knife edge in a lady that will show you the way to the prize then defend you whilst you escape with it. Designed around the original TTA Cobra frame but with a change to non Gyro configuration and the ability to take a hit, this little lady will not fail to please. Grab your treasure and look good doing it! Price is of course subject to change due to the crazy world were playing in so please give me a shout if you're interested or wish to have a look around. I have almost completed a space only version so prices for that platform can be discussed.

If you have to deliver some items to a nearby planet, moon or space base but don't want to get into expenses by using a huge hauler for just those few items, the Baby Bull comes in quite handy. The Baby Bull is equipped with 2x Container S and a hub, as well as with an Uncommon Military Atmospheric Engine L that makes it "not too slow" (2,450 km/h) in the atmosphere, too. The Baby Bull has also space engines, 2 sliding doors, and a big amount of lift. The small size of the Baby Bull allows it to fit inside many different types and sizes of ship hangars. Baby Bull can land on small space.

Newest iteration of VA1A Remora for sale, a personal multipurpose ship. - Custom made cockpit - Can carry 200t within atmo, can carry 100t into space - Hover engines and vertical boosters - Big fuel tanks, strong brakes My base is on Alioth. More screenshots and stats at https://imgur.com/a/VBFAP93

Has 2 Rocket Boosters and seats 1. Purchase at NQ-provided UEF stores at each market in-game.

Anubis was one hauler constructed by Stormis Winner of Hyperion Ship built Contest "Mistress Hyperion" Name History "Anubis" is a Greek rendering of this god's Egyptian name. Before the Greeks arrived in Egypt, around the 7th century BC, the god was known as Anpu or Inpu. The root of the name in ancient Egyptian language means "a royal child." Inpu has a root to "inp," which means "to decay." The god was also known as "First of the Westerners," "Lord of the Sacred Land," "He Who is Upon his Sacred Mountain," "Ruler of the Nine Bows," "The Dog who Swallows Millions," "Master of Secrets," "He Who is in the Place of Embalming," and "Foremost of the Divine Booth." The positions that he had were also reflected in the titles he held such as "He Who Is upon His Mountain," "Lord of the Sacred Land," "Foremost of the Westerners," and "He Who Is in the Place of Embalming." In the Old Kingdom (c. 2686 BC – c. 2181 BC), the standard way of writing his name in hieroglyphs was composed of the sound signs inpw followed by a jackal over a ḥtp sign ::pos{0,2,8.6637,120.8858,27.6696} VR: Dark Lunar Corps Showroom *Statistics with lvl 4 flight talents *Very important information to all interested parties! Due to the rising ore prices, the token prices are adjusted daily on request. The currently specified token price refers to the bot prices and serves as a starting point.

Introducing the Tri Scanner, Capable of scanning 3 grids at one time. and haul all the ore you can fit! Has plenty of room to install 4 large space engines, and fuel tank, AGG, and warp drive, DM me on discord and i can install them for you.

Gherkin Galactic Tie Fighter. "…Sienar System's [sic] basic TIE fighter—a commodity which, after hydrogen and stupidity, was the most plentiful in the galaxy…" BP ONLY SOLD IN BUNDLES OF 12 AND 72 12 million for a Squadron (12) 48 Million for a Wing (72). See my profile for more upcoming ships! 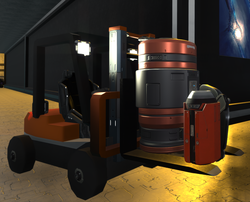 Ready for your first day on the job, Staplerfahrer? The Lil' Forker ...in spaaaaace! This realistic-scale, small forklift is a great addition to the industrial zone of your space station, while also being space-flight capable, including reverse and down-thrusters. Designed and tested for scooting around Utopia Station, above or below deck, as well as flying straight across the ring to your destination. The Space Fuel Tank S (which is the smallest available at this time) holds far more fuel than is needed, to the point that the weight well adversely effect performance if filled. For on-station travel, even just 100L will last a very long time. No element stacking used. Elements placed discreetly, but all are accessible for repair. Includes scripting to enable headlights while running and brake lights respond to brake key press. Custom color service: 250,000h Tokens and blueprints available on Utopia Station ::pos{0,0,13662334.7370,7546734.7352,-216186.8724} Light RGB colors for blueprint purchases: headlight 240,240,200 | brakelight 220,20,0